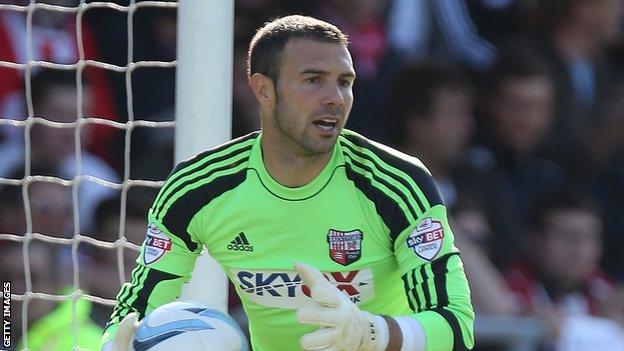 Brentford goalkeeper Richard Lee has extended his contract with the League One leaders.

The 31-year-old, who has made five appearances for the Bees this season, will now remain at Griffin Park until the end of the 2014-15 season.

The former Watford trainee has played a total of 86 games for the west London side since he joined the club in 2010.

"Delighted to have the chance to continue my journey with BFC. So happy," he tweeted.

Lee missed the end of last season and the start of the current campaign because of a shoulder injury, and Brentford boss Mark Warburton paid tribute to his application in training.

"Richard has been offered a contract extension in recognition of the excellent work and consistent level of performance he has displayed all season," Warburton told the club website.

"Having gone through the required surgery and ensuing rehabilitation, Rich has worked tirelessly to ensure he is in a position to push hard for the number one jersey.

"There is no doubt that it is this pressure being applied that has resulted in the outstanding form of David Button over the last few weeks.

"I have absolutely no doubts that when called upon, Rich will once again show his outstanding professionalism."