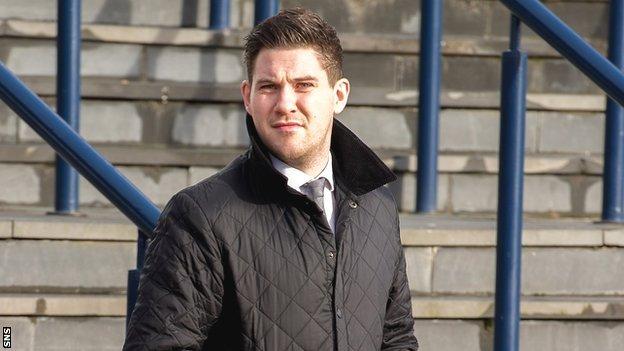 Stenhousemuir striker John Gemmell has been censured by the Scottish FA over comments on Twitter about Rangers manager Ally McCoist.

Gemmell had used the social media site to comment on McCoist's complaint that his team had to play four matches in 11 days, three of them away from home.

The player admitted the breach and was censured by the SFA's disciplinary tribunal, which met on Thursday.

It means Gemmell is free to face East Fife in League One at the weekend.