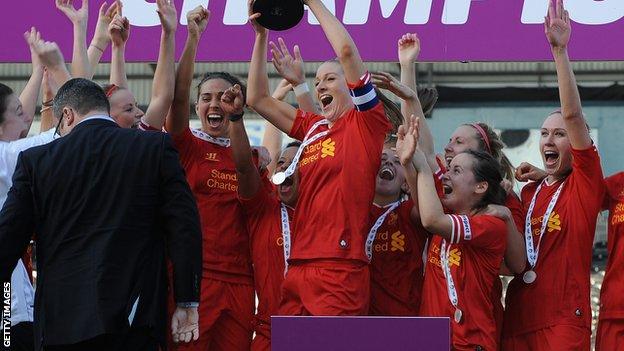 Women's Super League champions Liverpool will begin the defence of their title with a home match against newcomers Manchester City.

The game, which will be the first BT Sport televised match of the campaign, will take place on Thursday, 17 April.

The eight-team league begins a day earlier, with Birmingham City at home to Everton and Arsenal at Notts County.

For the first time there will also be a second division, Women's Super League 2, featuring an additional 10 teams.

All 18 clubs will take part in the FA Women's Super League Continental Cup, which begins on 30 April.

Liverpool boss Matt Beard said: "Hopefully we can hit the ground running, but with Manchester City coming into the league it will be a good test for us right from the off."