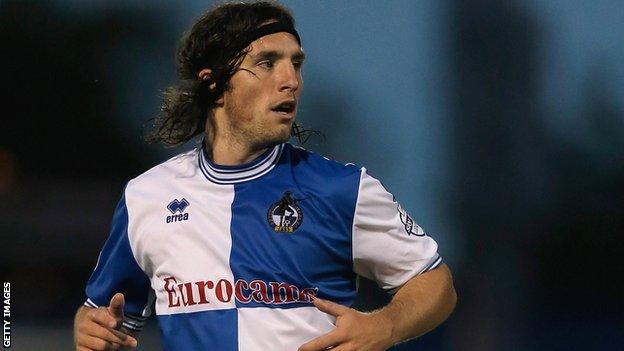 In an attritional first half, Brewers midfielder Robbie Weir saw his shot blocked in the box and Lee Brown's free-kick was cleared in a goalmouth scramble at the other end.

David Clarkson broke the deadlock when he headed in Michael Smith's cross.

And O'Toole doubled their lead when he pounced on a loose ball parried into his path by goalkeeper Rob Lainton.

Rovers thought they had added a third late on when Chris Beardsley headed home, but the on-loan forward was ruled offside.

The result gives John Ward's side back-to-back league wins for the first time since August, and moves them up to 16th in the table.

Burton missed out on moving into the automatic promotion places and remain sixth.

"It's an excellent night's work. We've had a week to prepare for it but sometimes that can be unsettling.

"We needed to start fast and well, and we did that and maintained it.

"Our fitness and competitive nature provided a really strong game for us.

"It was nice to get a couple of goals and I'm not being greedy but maybe there could have been more."