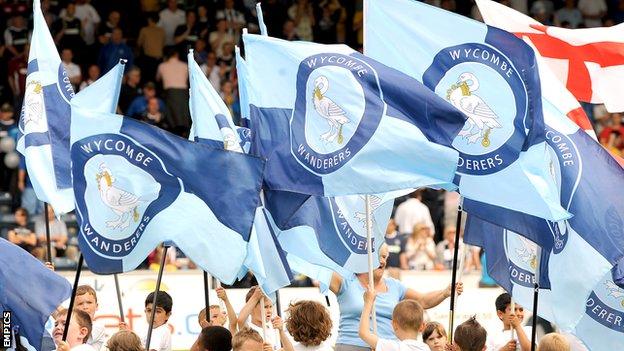 Wycombe Wanderers Trust has agreed a deal in principle to sell the club to an unnamed company by next month.

The Chairboys have been owned by the supporters' group since June 2012, when the trust completed its

Details of the new offer will be explained to trust members on Tuesday.

But the non-binding heads of terms would allow the supporters' group to retain ownership of the club's Adams Park ground.

The potential buyers - a company in which nobody has previously had a financial stake in the club - are said to be committed to injecting funds into the development of on and off-field activities.

The League Two side are one of four Football League teams owned by supporters, along with AFC Wimbledon, Exeter City and Portsmouth.

The Wycombe Wanderers Trust, which owns the ground and all memorabilia through its subsidiary Frank Adams Legacy, has managed to improve the club's financial position, which was in a dire state two years ago.

But it is hoped the sale will wipe clear any outstanding debt, while the trust will retain a position on the board and a "significant minority shareholding".

Legacy members will vote on the proposed takeover after viewing the details on Tuesday, with a 75% majority required to complete the deal.