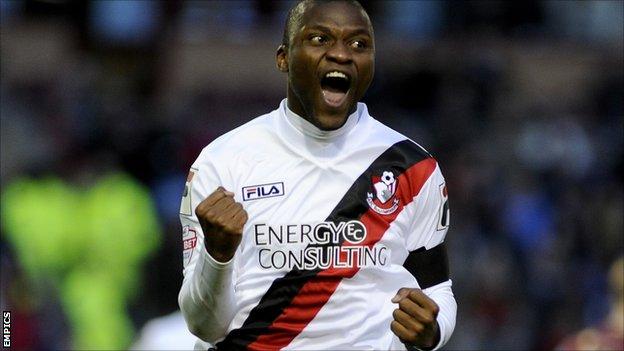 Bournemouth's Tokelo Rantie has been called up by South Africa for their friendly against Brazil in March.

The 23-year-old striker, who joined the Cherries from Malmo for a club record fee in the summer, already has 17 caps for his country, scoring four times.

South Africa head coach Gordon Igesund said: "It is not every day that one gets to play against five-time world champions, it is a great opportunity.

"Hopefully we can continue where we left off against Spain last year."

The two nations have faced each other four times previously, with the South Americans winning on each occasion.

South Africa will not be going to the World Cup in Brazil this year after a disappointing qualifying campaign that saw them exit at the second group stage.

Rantie's club Bournemouth face high-flying Burnley on Saturday, the side the South African forward scored his first goal against for the Cherries earlier this season.