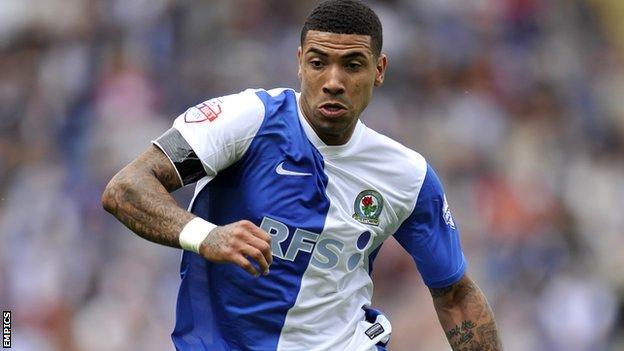 Best, 27, joined Rovers from Newcastle for £3m in July 2012 but has only made 14 league appearances for Blackburn and has not featured since October.

Hutchinson, 24, had a loan spell at Dutch side Vitesse Arnhem earlier this season.

Both are eligible to play against Charlton in Saturday's FA Cup tie.

Meanwhile, midfielder Stephen McPhail, 34, has left the club to join League of Ireland side Shamrock Rovers on a one-year contract.

McPhail made 14 appearances for the Owls after signing a short-term deal in October.