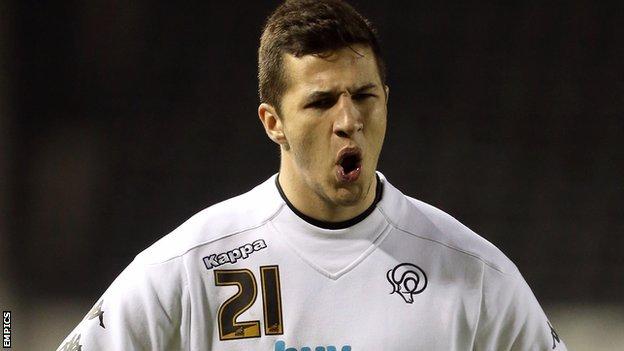 The 20-year-old Swiss started his career at FC Luzern, for whom he scored four goals in 14 games.

Last season Gjokaj played six times for Derby and once as a substitute whilst on loan at Carlisle but has not played at first-team level since April 2013.

He is available for Barnet immediately and could make his debut for the Bees against Tamworth on Saturday.