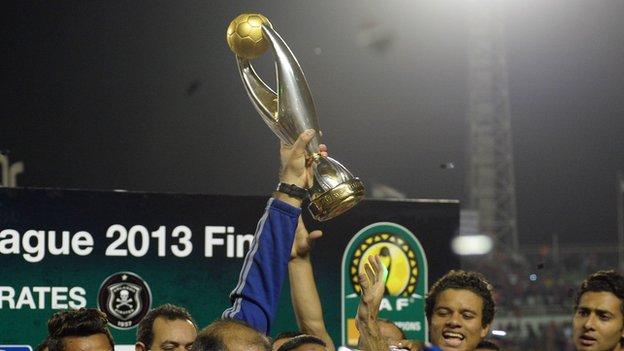 Ghanaian giants Asante Kotoko were the major casualties of the Champions League preliminary round after losing 1-0 to Liberians Barrack Young Controllers at the weekend.

Blamo Nimely struck five minutes from time in Monrovia to give Controllers a 1-0 win and a last-32 place in the premier African club football competition.

They were not expected to be unduly troubled by Barrack given a poor Liberian record in the Champions League with a string of early exits.

Kotoko had scoring chances during the return match with Ben Adama foiled by the woodwork midway through the second half.

Richard Mpong was guilty of a bad miss soon after and Controllers took advantage to secure a first-round date with Ivorian outfit Sewe San Pedro.

Sudanese champions Al Merreikh also suffered a shock exit as they were beaten by Kampala City Council who survived a 2-1 home defeat in the Ugandan capital to qualify 3-2 on aggregate.

"We should have won the game and qualified, but my strikers failed to convert several chances," said Al Merreikh coach Michael Kruger.

Kampala striker Tony Odur, who scored in the first leg in Omdurman last weekend, gave the hosts a seventh-minute lead with a well-taken goal.

The visitors settled quickly and dictated the pace for long spells before equalising five minutes before half-time as defender William Wadiri's blunder let Ahmed Elbasha in.

Fifteen minutes from time, Merreikh gave themselves a lifeline they failed to build on when Mohamed Traore followed home after Omar Salim Magoola had saved a penalty.

Since finishing bottom in the group stages in 2009, Al Merreikh have been disappointing in the African Champions League - with this weekend's failure following on from the first round defeat to Angola's Recreativo do Libolo last year.

The success came despite Swallows' Zambia-born coach Christopher Tembo having confidently predicted that his side would "not surrender a two-goal advantage."

Apart from losing a final to Algerians JS Kabylie after a penalty shootout, Nkana - back in the Champions League after a 12-year absence - have reached the semi-finals five times and the quarter-finals three times in 12 previous appearances.

Democratic Republic of Congo flag-bearers Vita, one of six former champions involved in preliminary ties, survived a scare in Nigeria where they lost 2-1 to Kano Pillars but still made it through 4-3 on aggregate.

Kano were playing without Bello Kofarmata, with the striker suspended following his red card in the first leg.

Both Angola's Kabuscorp and Tanzania's Young Africans qualified with ease, beating Cote d'Or of the Seychelles 7-2 and Komorozine of the Comores 12-2 on aggregate respectively.