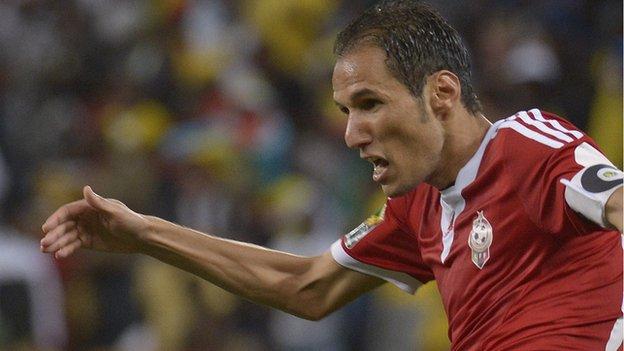 Al Ahly Tripoli, boasting five of the Libya side that surprisingly won the African Nations Championship in Cape Town in February, lost 1-0 to CO Bamako in Mali and were eliminated from the Confederation Cup.

After a 1-1 first-leg stalemate in Tunis - Tripoli is considered unsafe for Confederation of African Football fixtures - the return game was settled by a Yacouba Doumbia goal on 55 minutes.

He nodded in a Waly Diabate cross as Bamako got on top following a hesitant first-half showing with Ahly looking the likelier team to score.

The next opponents for Bamako will be 1998 African champions ASEC Mimosas, an Ivorian club who have fared poorly at international level in recent seasons.

Algerians CS Constantine scored a stoppage-time penalty to snatch a place in the next round with a 4-1 second-leg triumph over Nigerians ASN Nigelec, who built a two-goal home advantage in the preliminary qualifier.

It was a heart-breaking result for state electricity company club Nigelec, who must have believed they were going to cause an upset when Talato netted on 93 minutes.

Although trailing 3-1 on the night, the visitors were ahead on the away-goal rule and Niger looked set for rare international club football celebrations.

But Constantine won a penalty almost immediately and Yassin Bezzaz converted for one of the most dramatic successes in the 11-year history of the tournament.

An own goal plus strikes from Samir Henaini and Abdelhakim Sameur gave the Algerians a 3-0 lead before Nigerien Boureima Katakore was sent off.

AS Douanes of Togo, Gamtel of Gambia, How Mine of Zimbabwe, Union Douala of Cameroon, Saint Michel United of Seychelles and Ebusua Dwarfs of Ghana also reached the first round.