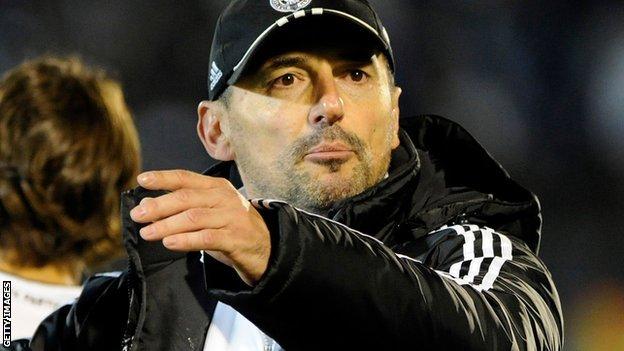 Serbian Vladimir Vermezovic has been appointed coach of South African side Orlando Pirates, two years after he resigned from rivals Kaizer Chiefs.

The 50-year-old succeeds Roger de Sa, who quit last month because of exhaustion after 18 months at the helm.

Cheifs said Vermezovic will replace caretaker coach Eric Tinkler once a work permit has been granted.

Vermezovic left Chiefs in 2012 after a three-year spell in which he twice won the League Cup.

His last job was coach of Partizan Belgrade, who he left in April 2013 after less than a year in charge.

They were also beaten in two domestic cup finals this season, and a fixture backlog means they trail league leaders Chiefs by 17 points halfway through the season.