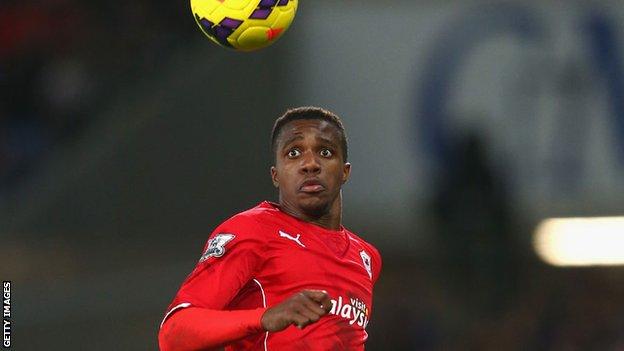 Winger Zaha is on loan for the rest of the season, and was an unused substitute when United lost 2-1 to Swansea City in the third round.

Cardiff will be without Fabio da Silva and Kenwyne Jones who are cup-tied.

"We're just waiting for confirmation from United because I think they want him [Zaha] to play," said Solkjaer.

"Fabio played for three minutes against Swansea so he's cup-tied, and Kenwyne scored for Stoke in an earlier round.

"But we think it's a formality with Wilfried."

Solkjaer believes the FA Cup presents Cardiff with a chance to build momentum away from their fight for survival in the Premier League.

Saturday's opponents Wigan won the trophy last season and were relegated to the Championship days later - an example Solskjaer does not want to follow.

"I would like to go one better than they did and win the Cup and stay up, but in any way, shape or form," he said.

"If you play in a cup game you want to win it.

"It's a chance for some players to come in and show they should be playing in the league and I do not go into any game hoping we lose."