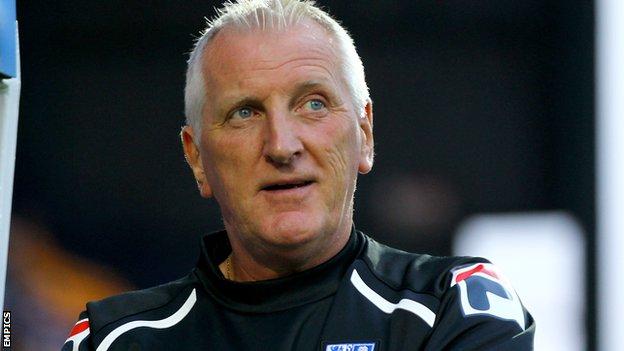 Tranmere Rovers manager Ronnie Moore is being investigated by the Football Association over a claim he breached betting rules.

It is understood the allegation relates to regulations which prevent him from betting on any competition in which his club is involved.

No charges have been brought against Moore and he has not been suspended.

The FA would neither confirm nor deny that the 61-year-old was the subject of an investigation by its integrity unit.

A Tranmere statement said: "Tranmere Rovers are aware of media reports regarding Ronnie Moore. As this is an ongoing matter the club will make no further comment at this time."

Moore became manager of Tranmere for a second time in 2012 following spells at Oldham, Southport and Rotherham, and his side sit two places above the League One relegation zone with 16 matches of the season left.