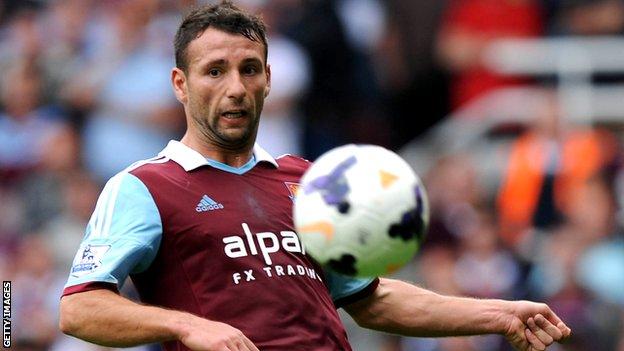 Rat, who has joined on a free transfer, signed for the Hammers last summer on a free from Shakhtar Donetsk but departed by mutual consent last month.

He made 20 appearances in all competitions for West Ham.

"The Romanian player Razvan Rat has officially become a new player of Rayo Vallecano until the season finale," says a statement on Rayo's website.

Rayo, who are away to leaders Barcelona on Saturday, are second bottom in La Liga four points from safety.