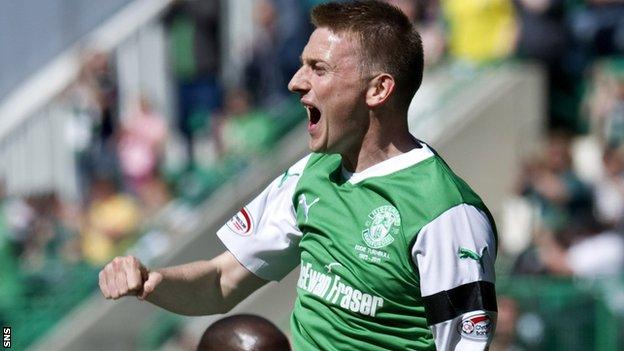 Former Hibernian and Scotland forward Derek Riordan has signed for Alloa Athletic until the end of the season.

The 31-year-old has been without a club since leaving Bristol Rovers in December 2012.

Riordan had been training with the part-time Scottish Championship outfit over the last three months, at the invitation of former boss Paul Hartley.

He had offered his services for free and spent time at Morton and Carlisle in recent weeks.

Hartley, who has moved to on Dundee, had expressed concerns over Riordan's fitness but new Wasps boss Barry Smith has taken a chance on the player who earned three international caps.