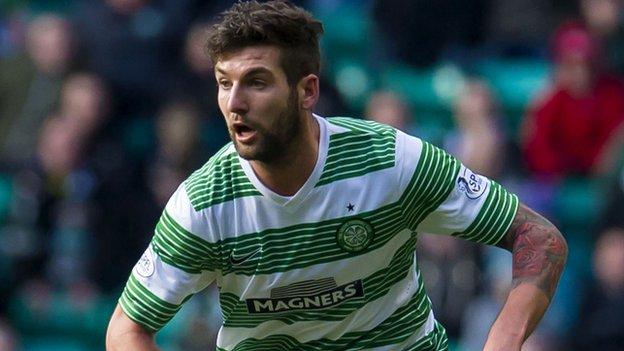 Aberdeen knocked the holders out of the Scottish Cup last weekend, while Morton stunned Neil Lennon's men, also at home, in the League Cup in September.

"I think it's been a good season overall," said Mulgrew, with Celtic still unbeaten in the Premiership.

"Let's not forget that we played in the Champions League this year, which is a massive achievement for this club."

Celtic, seeded fourth, finished last in a heavyweight Champions League section, winning just once in their encounters with Barcelona, AC Milan and Ajax.

"I know we qualified for the last 16 the year before but this time it was always going to be difficult with the group we were in," added Mulgrew.

"We believed we could do it but it wasn't to be in the end.

"But you have got to see it as an achievement because there is still three qualifiers to get there.

"Fair enough, we have had disappointments in the cups but our league form has been very good."

Lennon reacted to his side's loss to Aberdeen by demanding his team go all out to complete their 38-match league programme without defeat.

Celtic are 21 points clear in the title race, with St Johnstone visiting Glasgow on Sunday, and Mulgrew says the players are simply focusing on winning their next match.

"We're not speaking about that too much," said the 27-year-old Scotland international. "It's hard to ignore the fact we could go the season unbeaten is a possibility because people keep mentioning it.

"But we are just taking each game as it comes and hopefully we can win the next one against St Johnstone.

"Maybe we need something to motivate us and to keep us going and the unbeaten run can do that for us. But at a club like Celtic, there is always pressure on us, even in friendlies.

"The manager would never let us get complacent. He keeps on top of us and demands high standards."