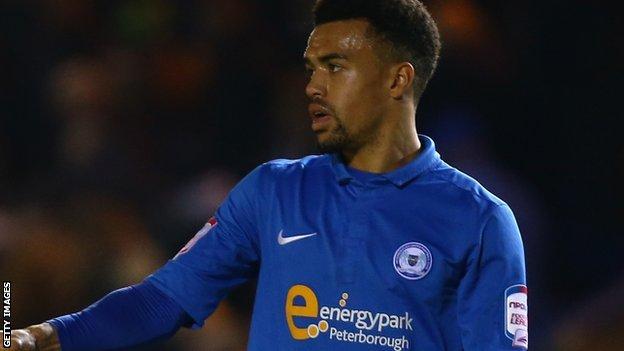 The hosts paid for missing chances, as both Francois Zoko and Darius Charles forced good saves from Bobby Olejnik.

The decisive goal came after a curled cross from Mark Little found Ajose in the centre of the box, who shot low into the bottom-right corner.

Stevenage had a late equaliser disallowed as Charles was deemed to be offside as he pounced on a rebound.

"One long ball and the situation was four against eight - we had eight defenders to their four and the ball managed to drop to one of theirs, get crossed by one of theirs, find one of theirs and it's in the back of your net.

"After half-time we were by far the better side, if there was a side going to score it looked like it was going to be use. But it can happen when you're down there, you don't get the rub of the green.

"Credit to the lads, even after the goal they came back and produced the equaliser, unfortunately, we're splitting hairs again on a decision and the split of the hair went against us.

"Look at the footage, you see Darius come back out and his feet are in line, just onside, and the linesman sees it the other way."

"It's a tough place to come. Especially after Monday night with all the excitement [in the Johnstone's Paint Trophy], I knew it would be a difficult game.

"It's taken a real quality goal to win it for us, a great cross from Mark [Little] and a great finish from Nicky [Ajose].