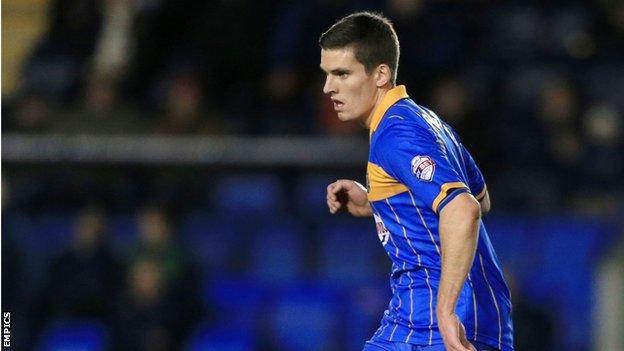 Dave McAllister was the hero as Shrewsbury fought back from two down to win at relegation rivals Notts County.

Jon Taylor reduced the arrears before the break with a neat strike, before Notts striker James Spencer was red-carded for elbowing Connor Goldson.

Taylor added his second when he lobbed Bartosz Bialkowski before McAllister notched his scrappy Shrewsbury winner.

Notts, now 23rd in the League One table, have lost five of their last six matches.

Shrewsbury's first victory since New Year's Day takes them back above Notts up to 22nd, within three points of safety.

"The first 15 to 20 minutes we looked scared to death. Once again, we rode our luck. But, credit to them, we have stuck with it and somehow got a result.

"We have conceded two rough goals, and we can't keep doing that. Defensively we have been sound, but we weren't good enough in the first 20 minutes."