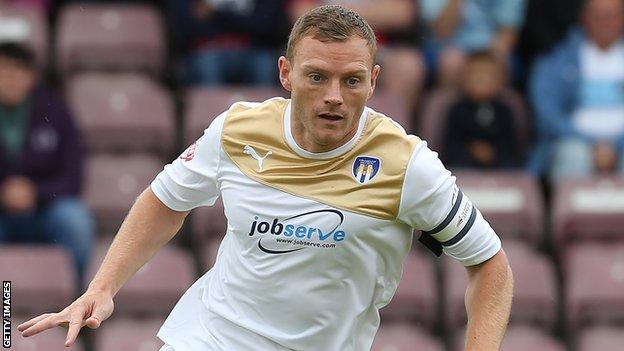 The U's captain was unable to clear Chris Humphrey's cross as the ball bounced off his head and into the net.

Tom Clarke headed in Paul Gallagher's cross to put the visitors ahead before Colchester's Jabo Ibehre saw his penalty saved by Declan Rudd after the keeper had hauled down Marcus Bean.

Ibehre made amends when he fired in a sublime leveller as the game went from end-to-end before Wilson's error.

However the Essex club have at least three games in hand on three of the sides in the bottom four.

"The ball through [for Preston's winning goal] was three yards offside and the linesman's got to make a decision and it's a poor decision.

"It detracts from an excellent performance. I thought we matched them, created probably as many chances. I thought we were good going forward.

"It's not as if we're sitting back trying to draw, we're at home and we've gone for the win. Today we were just unlucky."