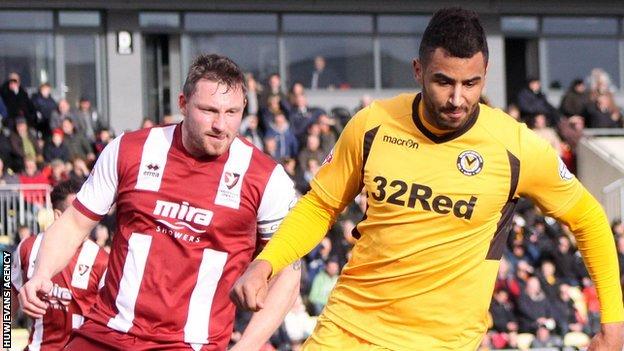 "I thought we were good today, we won everything because we wanted to. We've been far from perfect this season, we know that, but performances like that give you heart.

"It's time for people to step up and although we can't do anything this season, we can still finish eighth and with the desire and commitment shown today, we've got a chance.

"It's been a good week culminating in a good three points and we want to finish the season strongly. It hasn't been by design that we've not been as good this season, our standards haven't been as good but it's a tough league."

"We played well Tuesday night [in the 3-2 win against Oxford] and we thought we had an opportunity today to kick on.

"We know with that [Rodney Parade] pitch, going into the sand and that in the first half you can't move the ball quickly, it's a tough one to break the lines and get in behind them.

"But second half we felt that playing into the good side that we could pass the ball and move it a bit quicker, but our ball back to front wasn't good enough."