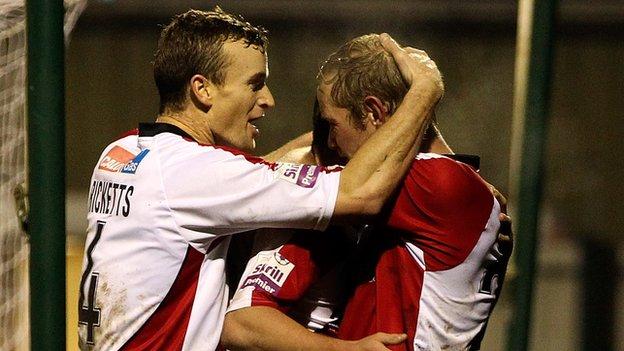 Woking came from behind thanks to an impressive second-half performance to seal a win against play off-chasing Macclesfield.

Scott Boden broke the deadlock early on for Macc before Jack Marriott fired in off the post to equalise.

Scott Rendell then grabbed the deciding goal to ensure all three points went to the home side.

"I was still confident at half-time that we would have the belief to go on and win the game.

"John Goddard scored a wonder goal with a great strike to put us 2-1 up and then we let them back in the game through our own doing with misunderstanding.

"But we showed a bit of character and a great goal by Scott Rendell and on the day you look at the three goals, and they were of the highest standard and quality.

"So hopefully now we can go on a little run. It is a massive three points for us and there are teams around us fighting for positions so the points are big to the club."