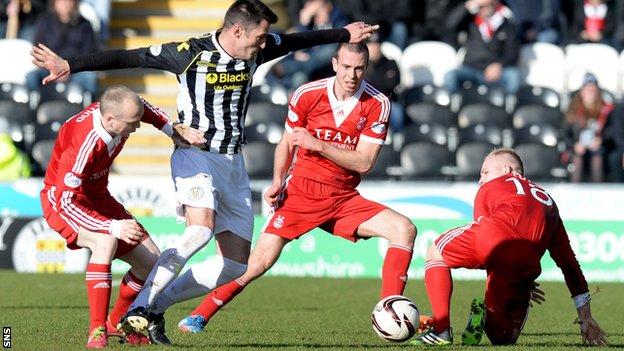 "It was certainly the right performance and the wrong result for us."

Djemba-Djemba's tackle on Pawlett was on the edge of the penalty area and Lennon felt it was a "difficult" call for the referee to make.

"It's one you can debate whether it's inside the box or not," he added.

"But for a man of Eric's experience to make that type of challenge in and around that area is disappointing.

"The players went out there and did everything we had asked against a high-flying Aberdeen side.

"Going forward with 12 games remaining, we must have the same application and hopefully, more often than not, we'll have the right result to go with that.

"We have the characters and we have the quality."