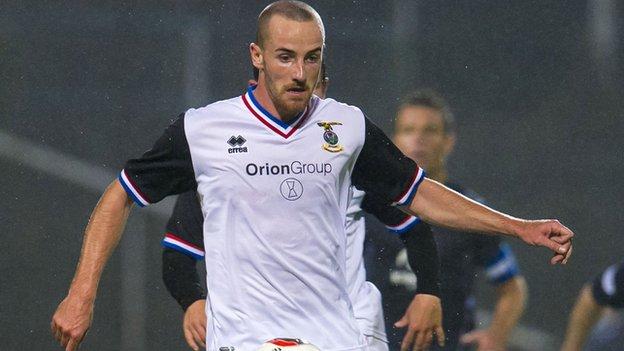 Midfielder James Vincent has signed a new deal with Inverness Caledonian Thistle to keep him with the Scottish Premiership club until May 2016.

The Englishman, 24, and has recently returned to action following .

Manager John Hughes says the new contract was "just the kind of good news we enjoy".

It's another strong signal of the togetherness of our squad

And Vincent added on the Inverness website he was "over the moon".

After starting his career at Stockport County, Vincent moved on to Kidderminster Harriers in 2011.

He has made 12 appearances for Inverness, scoring a penalty against St Mirren on his debut.

"I'm looking forward to the future," he explained.

"I'm just looking to buckle down, work hard, play how I want to play and have success with the club."

And Hughes commented: "James is the type of player whose best has yet to come and we now look forward to him flourishing with us.

"It's another strong signal of the togetherness of our squad."