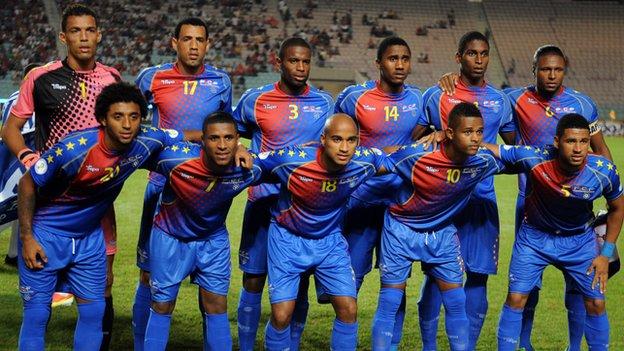 Cape Verde have appointed Felisberto 'Beto' Cardoso and Men 'Bera' Ramires as interim coaches to take charge of next month's friendly against Luxembourg.

The duo replace Lucio Antunes, who left in December to take charge of Angolan side Progresso Sambizanga.

Antunes' four-year reign was a major success, as a man who also works as an air traffic controller led Cape Verde from 108th to 35th in the FIFA rankings.

The rise included a maiden voyage to the Africa Cup of Nations, where the islanders reached the quarter-finals last year.

Cape Verde's latest position, 27th in the world, rates the island nation of just half a million inhabitants as the third best side in Africa, ranked even higher than 2010 World Cup quarter-finalists Ghana and African champions Nigeria.

Bera and Beto, a geography professor and former assistant to Antunes, will be assisted by Lito Aguiar, a former national team captain.

Beto has previously combined his role as a university lecturer with the coaching job at Sporting Praia, taking the team from the capital to a trio of domestic titles in the last decade.

"I think they would be good appointments because Beto was a very good player and he worked in the national team with Lucio for a long time," said Pu Brito, who played for Cape Verde between 1990-2002.

"He is qualified to be national team coach," the former midfield playmaker told BBC Sport.

"Bera was a very good goalkeeper and his knowledge about football is very high and I think with him, we can do very well."

Earlier this month, Cape Verde lost an appeal at the Court of Arbitration for Sport over the Fifa ruling that resulted in their exclusion from the 2014 World Cup.

Cape Verde, who beat Tunisia 2-0 to finish top of African Group B, forfeited the match after Fifa ruled Fernando Varela had been ineligible to play.

Tunisia were awarded a 3-0 win which put them top of the group and into the play-off round in Cape Verde's place.