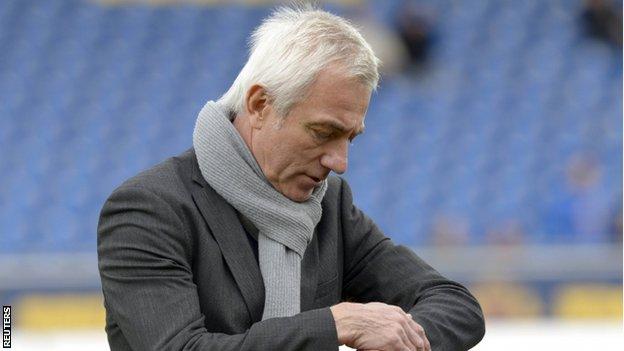 His dismissal, along with assistant Roel Coumans, followed a 4-2 loss at bottom side Eintracht Braunschweig - their seventh in succession - which leaves them one point above them.

"We were forced to make this decision at this time, although we regret it,'' sporting director Oliver Kreuzer said.

Did you know? Van Marwijk led Feyenoord to the Uefa Cup title in 2002.

Hamburg are the only side to have played in every season of the Bundesliga since its formation in 1963.

However, they have the worst defence in the Bundesliga with 51 goals conceded in 21 games - they were also beaten 5-0 in the German Cup by Bayern Munich on Wednesday.

Van Marwijk previously led the Netherlands to the 2010 World Cup final but resigned after a disappointing Euro 2012.