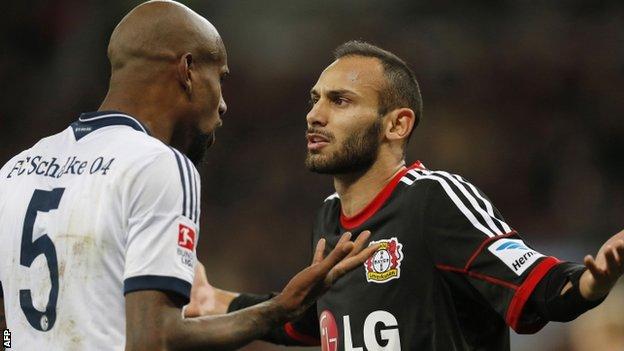 Leverkusen, still in second, are now 16 points behind the defending champions as Schalke extended their winning streak to four matches.

Leverkusen were knocked out of the German Cup by second-division Kaiserslautern on Wednesday and next face Paris Saint-Germain at home in the Champions League on Tuesday.

Bayern had earlier beaten Freiburg 4-0 to stretch their unbeaten league run to 46 matches.

"We played the better football, I feel for the team," Leverkusen coach Sami Hyypia said. "If we play like this on Tuesday I'll be happy. We showed a lot of character."