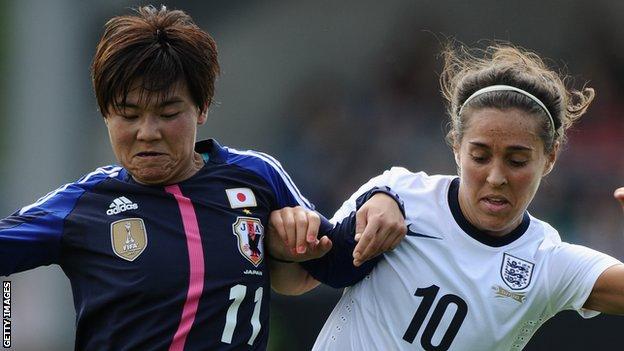 The pair helped Japan win the World Cup in Germany in 2011, and were Olympic silver medallists at London 2012.

"They are both extremely experienced internationals, who are proven at the very top level."

Ohno has made 116 appearances for Japan, while Kinga has been capped 87 times.

The signing of the pair follows the arrival of England defender Casey Stoney in January and goalkeeper Siobhan Chamberlain, who moved to the Gunners from Bristol in December.

The Women's Super League, which will split into two divisions for the first time this season, gets under way in March.