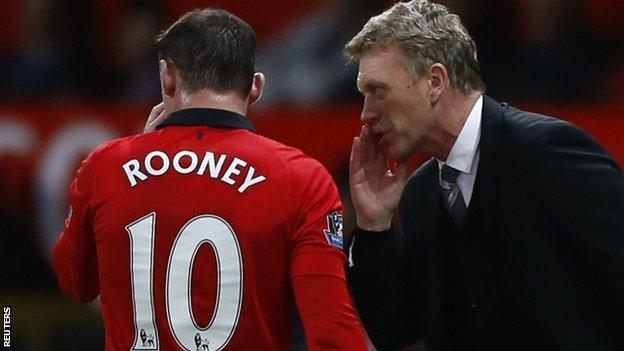 Wayne Rooney is expected to sign a new five-and-a-half-year contract with Manchester United this week that will increase his wages to about £300,000 per week.

The 28-year-old England striker is close to committing his future to the Old Trafford club until June 2019, with an outline agreement having been reached between club and player.

The new deal would signal a turnaround in the forward's future at Old Trafford after former United manager Sir Alex Ferguson claimed that Rooney had asked for a transfer towards the end of last season - a claim the player denied.

He was linked with a move to Chelsea last summer and the Blues had more than one bid for the player rejected, as new boss David Moyes insisted he wanted to keep his former Everton charge at Old Trafford.

If he does commit to United, Rooney would face the prospect of missing out on Champions League football next season, with United currently seventh in the Premier league and 11 points behind the final qualification place.

Rooney, who returned to first-team action at the end of January after nearly a month out with an injury, has made 28 club appearances this season and scored 11 goals.