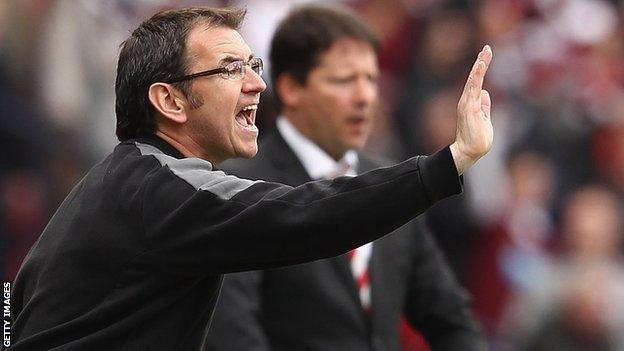 Jeffrey announced on Saturday that he will step down at the end of the season after 17 years in charge.

Linfield chairman Jim Kerr said the club hope to name a new manager at Windsor Park within a month or by the end of March at the latest.

St Johnstone manager and former Northern Ireland goalkeeper Tommy Wright is understood to be of particular interest to the Linfield hierachy, but he is unlikely to be lured away from the Scottish Premiership club.

Fenlon joined the Blues in 1994 and the midfielder spent two successful years with the Belfast club.

The 44-year-old won five League of Ireland titles as a manager and is available after his departure from Easter Road.

Former Northern Ireland striker David Healy, who is a Linfield fan, has also been linked with the Blues post despite having no managerial experience.

Jeffrey has already won 30 trophies, one short of Roy Coyle's record tally of 31 as Linfield manager.

He could break that record if the Blues beat Crusaders in the County Antrim Shield final on 4 March and then regain the Premiership title.

They are currently second in the Premiership table, one point behind champions Cliftonville but with a game in hand.

"I have concluded that it really would be in the club's interests, and my interests, if I stepped down at the end of the current season," Jeffrey said on Linfield's website.