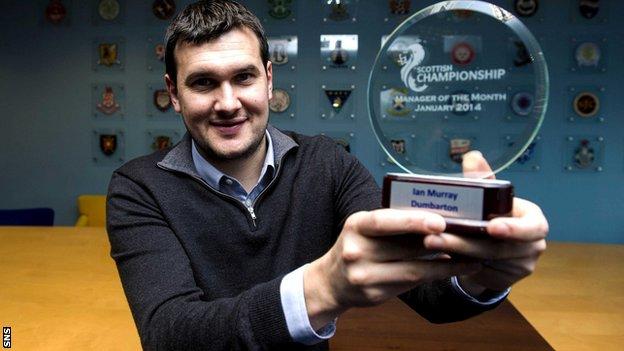 The Sons won their three league fixtures last month, including away victories against Cowdenbeath and Alloa Athletic.

Murray's side, who also beat Greenock Morton in January, are fifth in the table and have reached the quarter-finals of the Scottish Cup.

in next month's last-eight tie.