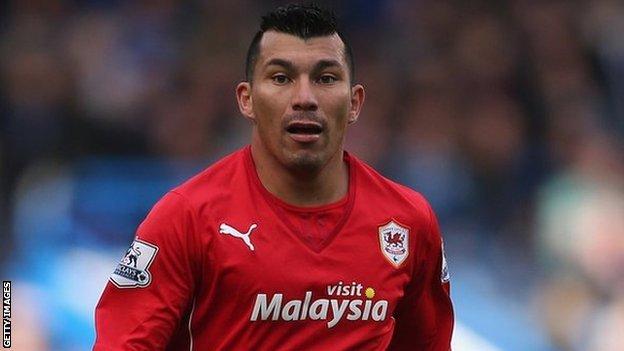 Relegation-threatened Cardiff City are likely to be without midfielder Gary Medel for several weeks.

The Chilean international has posted a picture of himself on social media having a scan confirming a thigh tear.

"He'll probably be out for a few weeks, but it's the first time he's got that injury," said Cardiff manager Ole Gunnar Solskjaer.

"Hopefully he's a quick healer but we just want him back as quickly as possible."

Cardiff are second from bottom of the Premier League and host Hull City on Saturday.

The influential Medel suffered the injury in the Bluebirds' home 2-1 FA Cup defeat by Wigan at the weekend, leaving the clash at the break.

Medel has played 26 games for the Welsh club since joining them for £11m from Sevilla in August, 2013.

"Injuries are part of the game and we've got players to come in," Solskjaer added.

"Peter Whittingham has been injured since the Swansea game, so he'll be fit again. At least that balances the books a little bit."