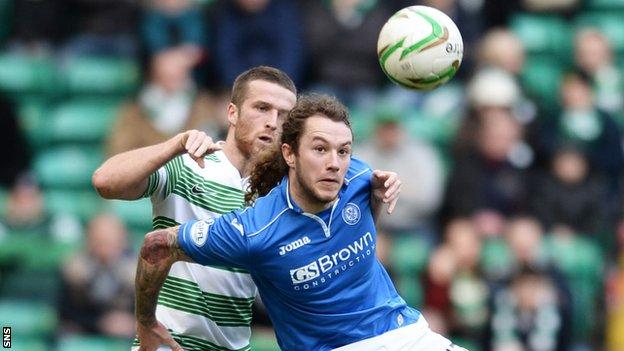 May has been in impressive form for the Perth outfit, scoring 21 goals in all competitions this season.

And Davidson told Sportscene that the club may find it difficult to reject a sizeable bid for the striker.

"He's come through the ranks. If it's a good offer for Stevie in June then, probably, he'll go," he said.

During two loan spells, May scored 19 goals to help Alloa win the Third Division in 2012 and netted 26 times for Hamilton.

And he has continued his impressive scoring form in Scotland's top flight this term.

"He's only 21 and a young Scottish striker scoring many goals in the league. He's come through the ranks and played in the Championship," added Davidson.

"Probably for him and his development (it would be good) to stay another season at St Johnstone.

"But the bank balance is what the chairman looks at.

"I wouldn't have a go at the chairman for that because he needs to run the club the way it needs to be run."