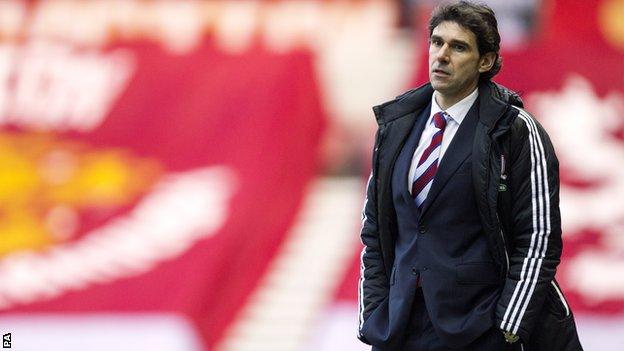 Middlesbrough head coach Aitor Karanka has questioned the attitude of his players during recent performances.

The players need to be more humble and the problem for me is how do I fix that?

Boro have picked up just three points from their last five league matches, failing to score in any of those games.

That run has seen them drop from ninth to 14th in the Championship table.

Karanka told BBC Tees: "Frustrated, angry, disappointed - I'm all of those. Maybe the problem is we did well a month ago, so the players think they're better than they are."

Prior to their recent blip, the Teessiders won five out of six Championship matches to close to within five points of the play-off positions.

In the on Saturday, Boro enjoyed 64% of possession and lost to Troy Deeney's 50th-minute penalty.

"You do not win games by just having the ball," Karanka added.

"We're not scoring goals because we're not working hard enough - it's impossible to win games when you're doing that.

"The players need to be more humble but the problem for me is how do I fix that?"