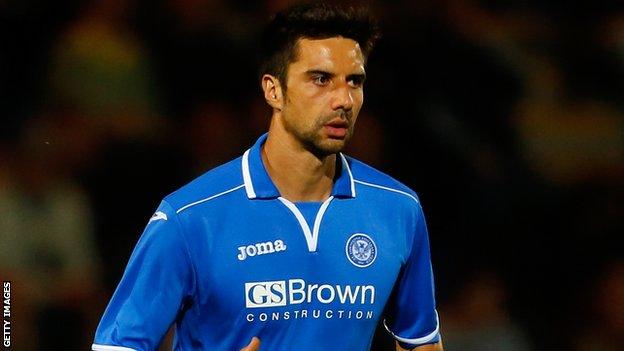 Crawley Town have signed former St Johnstone striker Rory Fallon on a deal until the end of the season.

The 31-year-old New Zealand international was a free agent after leaving the Scottish Premiership side last month.

"Rory hasn't had too many opportunities in Scotland so he is really looking forward to a new challenge," Reds boss John Gregory told the club website.

"He's very experienced, knows this league inside out and can score goals."

Fallon joined St Johnstone from Aberdeen last summer and scored one goal in 12 appearances, 11 of which came from the bench.

After coming through the youth ranks at Barnsley, Fallon made his senior debut in April 2001.

He left Oakwell in 2003 for Swindon and has subsequently had spells at Swansea, Plymouth and Yeovil.

He joined Aberdeen in September 2011 and scored nine goals in 45 games during two years at Pittodrie.

Fallon played in all three of New Zealand's games at the World Cup in 2010 and has also had loan spells at Shrewsbury and Ipswich.

In total he has scored 70 goals in 350 appearances in the Football League during his time playing in England.

He is eligible to make his debut for Crawley in the League One match at home to Tranmere Rovers on Tuesday.