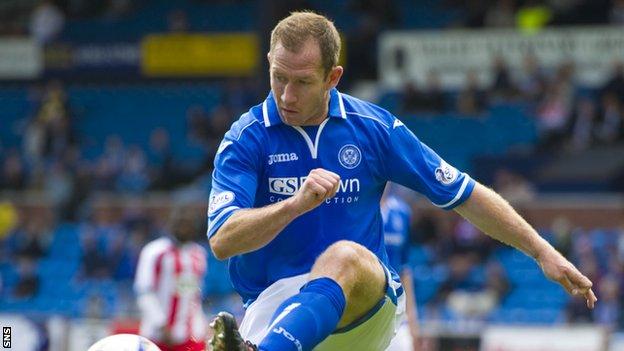 The 34-year-old, whose deal was due to expire in the summer, has signed a 12-month extension with the Perth outfit.

Wright moved to McDiarmid Park in 2011 after leaving Kilmarnock and has been a regular in Tommy Wright's side.

The defender has made 90 first-team appearances and scored in the recent Scottish Cup victory against Forfar Athletic.