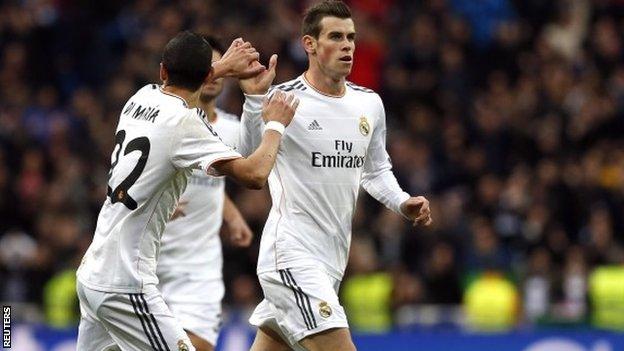 The £85m summer signing grabbed his 12th goal in 24 games in the 71st minute after Asier Illarramendi had given Los Blancos the lead with a deflected shot in the first half.

Atletico Madrid, who began the day in third but level on points with both Barca and Real, visit Osasuna on Sunday.

Real, who were without leading scorer Cristiano Ronaldo as he served the final game of his three-match suspension, looked lacklustre in attack for much of the first half. 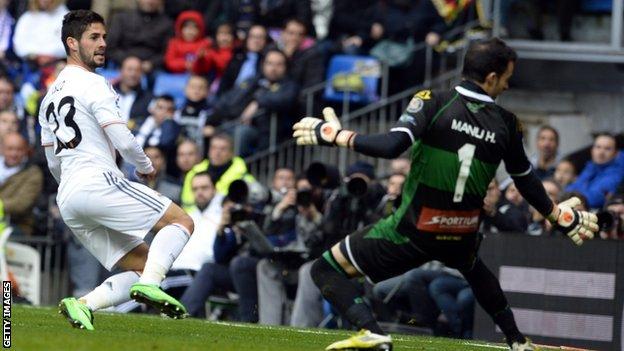 The only clear chance in the first 30 minutes fell to France striker Karim Benzema, who forced goalkeeper Manuel Herrera into a good save.

They finally made the breakthrough 11 minutes before the break when Illarramendi's shot came off Elche's Manu del Moral en route to beating Herrera.

It was the defensive midfielder's first league goal for Real since his summer move from Sociedad, and his first in 72 games.

Welshman Bale doubled the lead after the break when he crashed home a drive off the crossbar.