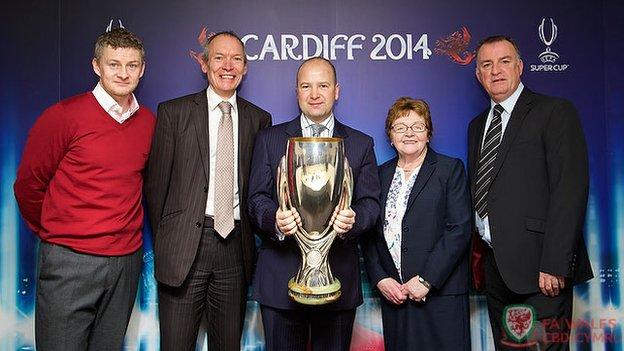 The Uefa Super Cup will be played at Cardiff City Stadium on Tuesday, 12 August 2014.

The fixture pits the winners of the Champions League against the team that claimed the Europa League title.

The current holders are Bayern Munich, who beat Chelsea in Prague last year.

"This prestigious match features the best teams in Europe, the winners of the Champions League and the Europa League.

"Cardiff has hosted several high-profile sporting events. This however is a first.

"This will be the first match staged on behalf of Uefa in the Welsh capital. We are sure it will not be the last."