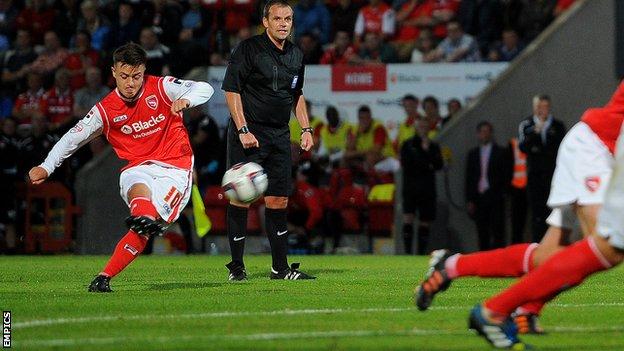 Both will remain with the League Two club until the summer of 2015.

Williams, 22, joined last term after spells with Chester and Rhyl, while former Grimsby man Wright is in his third season at the Globe Arena.

"They have both done really well since they joined us and are important members of our squad," manager Jim Bentley told the club website.

"We have a number of players already signed up now for next season, which is a real bonus."

Striker Jack Redshaw and defender Andy Parrish recently extended their contracts with the Shrimps, who are 15th in League Two.