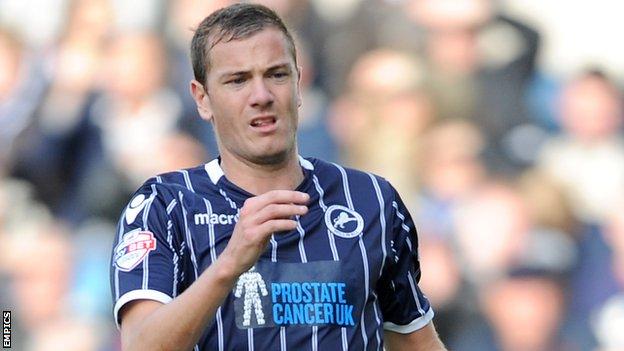 Crawley have signed former Derby, Leeds and Millwall defender Paul Connolly on a deal until the end of the season.

The 30-year-old, who can play at right-back or centre-back, was a free agent after his short-term deal with the Lions expired last month.

Connolly moved to The Den in September and featured four times during his spell with the Championship club.

"He has been training with us for the last week and has fitted in really well," Reds boss John Gregory said.

Gregory told the club website: "He's very versatile and can play in defence or midfield so that gives us good options. He's also got a terrific attitude.

"We're going to see how things go between now and the end of the season but I think we've got a good player on our hands who can only add to the depth and quality of our squad."

Connolly began his career at Plymouth Argyle and has also had loan spells at Sheffield United, Portsmouth and Preston. He has made a total of 311 appearances in the Football League over the course of his career.

He is not eligible to make his debut for the West Sussex club against Tranmere Rovers on Tuesday.