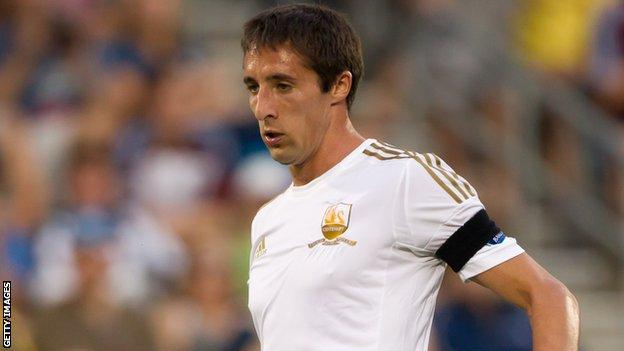 Millwall have signed former Swansea and Leeds defender Federico Bessone on a deal until the end of the season.

The 30-year-old left-back was a free agent after a spell in America with MLS side Sporting Kansas City.

Argentina-born Bessone began his career with Barcelona and, after spells in Spain with Espanyol B and Gimnastic, joined Swansea in 2008.

He moved to Leeds two years later and has subsequently had spells with Charlton, Swindon and Oldham Athletic.

He left the Latics in April last year after failing to make an appearance during his short stay at Boundary Park and subsequently moved to the United States.

He has made a total of 61 appearances in the Football League during his time in England.

"He is a very good player who I believe will fit in very well with the style of football we are trying to develop here," Millwall manager Ian Holloway said.