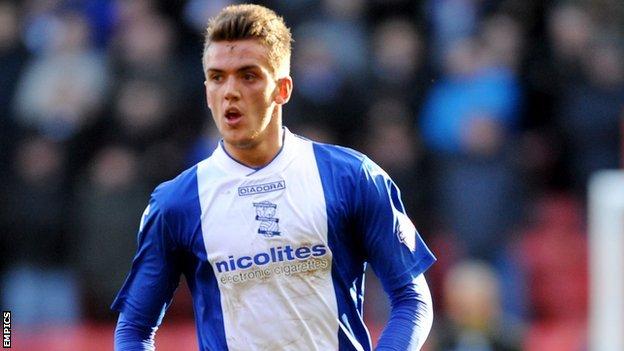 Birmingham City have extended the loans of Emyr Huws and Albert Rusnak from Manchester City until the end of the season.

Midfielder Huws, 20, and attacker Rusnak, 19, joined Blues in January, with Huws's deal initially running until 1 March, while Rusnak's youth loan was set to expire on 22 February.

Huws has made four appearances since his debut against Derby on 1 February.

Huws, a Wales Under-21 international, made his senior debut for Manchester City as a substitute in their FA Cup tie against Blackburn in January before his move to St Andrew's.

Rusnak is yet to feature for Manuel Pellegrini's side, but did make three appearances for Oldham in a loan spell earlier in the season.

"It's brilliant news because the two of them have made a big impact, both on and off the pitch," Blues boss Lee Clark told the club website.

"Albert and Emyr are really popular with the lads and I'm delighted that both Manchester City and the lads have agreed to stay until the end of the season."