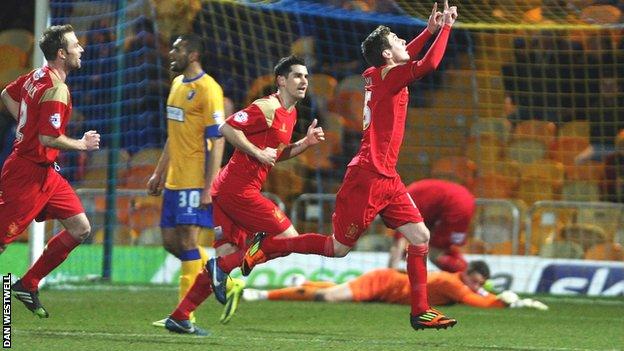 The Stags allowed Danny Mayor too much time and space in the box and he fired low past Alan Marriott from 20 yards.

Daniel Nardiello scored twice in eight second-half minutes as his close-range finish was followed by a superbly controlled lob after a long ball.

"We were beaten by the better side. I thought we were poor.

"We looked a million miles off of the pace and got what we deserved, which was a bit of a spanking.

"For me, when you're involved in a relegation battle, you have to forget about tiredness. You've got plenty of time to rest your legs in the summer.

"We need to make sure we get back to the level of performance that we've showed of late."

"We've had a lot of games called off lately and I've asked these lads to sacrifice everything.

"Defensively we had a great structure, and we - mentally and physically - wore Mansfield down.

"In the second half, the quality that we've got in the team went into overdrive.

"Some of the goals were as good as you would see in the Championship."