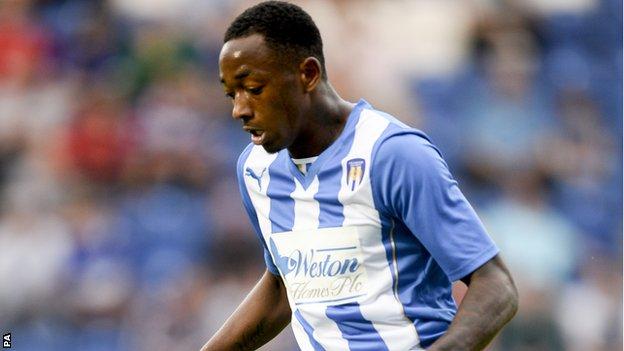 Colchester striker Sanchez Watt had a goal disallowed and hit the bar as his side earned a point against promotion-chasing Rotherham.

Watt turned the ball over the line in the 33rd minute but the effort was ruled out for a foul on Millers keeper Adam Collin by Clinton Morrison.

In a game of few chances, Alex Revell had the visitors' best chance late on but he was denied by Sam Walker.

The point meant Rotherham missed the chance to move up to fourth spot.

It was also the first time the Millers had failed to score in a match in 2014.

"It's a good point. I'm very pleased with the performance.

"All I said to them was I want you to go out and do what you've done in the last few games.

"If that means a positive result, great. If it's a negative result - as long as I get a performance and we compete.

"We've stopped the rot and it's a very good point."