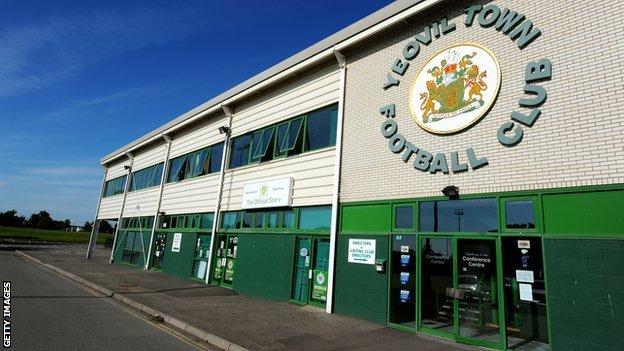 It is the first time in four years the Glovers have failed to record a profit and the club blamed this on the cost of their ultimately successful promotion chase to the Championship last summer.

The Huish Park outfit have increased their playing budget and did not make as much money as expected from their Wembley play-off final with Brentford.

In a statement on the Yeovil website, chairman John Fry said: "The accounts, although showing a substantial increase in the costs of the playing budgets, are a vindication of the directors' decision to back their manager Gary Johnson to build a team capable of promotion to the Championship.

"When I first joined the board back in 1993 nobody believed that the Glovers could ever aspire to the top tier of the Football League.

"But we have, and now we must do our best to keep the dream alive against some of the 'giants' in English football."

Last season, Yeovil averaged a crowd of 4,071 and it is thought that Johnson worked with a budget of under £1m - one of the smallest in League One.

However, they managed to finish fourth in table, and secured a place in the second tier for the first time in their history with a 2-1 play-off win over Brentford.

But they are currently bottom of the Championship, and are attracting an average crowd of 6,913 - the lowest gate in the division.

"On very limited resources, what my management team, players and staff achieved last season was nothing short of a miracle and it will be an even bigger achievement for the Glovers to retain their Championship status this season on the resources that Gary has to work with," added Fry.