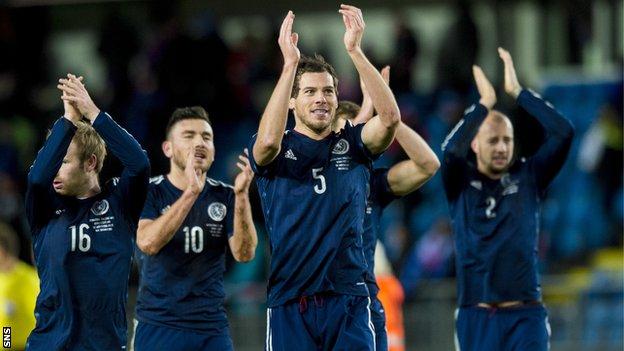 Gordon Strachan will later name his Scotland squad for next month's friendly against Poland.

The Scots are in action in Warsaw on 5 March with Strachan looking to build on the recent victory against Norway.

Strachan's squad may include captain Darren Fletcher who is back playing for Manchester United following a three-year absence through illness.

Midfielder Fletcher, who has 61 caps, has spoken of his desire to return to international duty.

Fletcher was diagnosed with chronic bowel disease ulcerative colitis in 2011 but has returned after surgery.

The Euro 2016 qualifying draw will be made on Sunday, with the Scots aiming to qualify for a major finals for the first time since 1998.