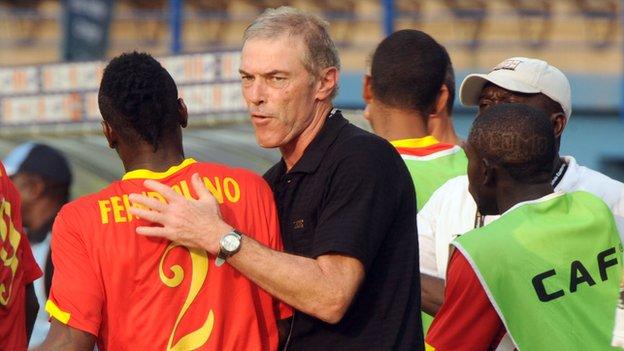 Frenchman Michel Dussuyer has been reappointed as Guinea coach, just two months after his last contract with the national team expired.

The 54-year-old had been in charge of Syli since 2010 but was told Guinea would explore other options when his deal ran out at the end of last year.

Dussuyer then competed with fellow Frenchman Didier Six and Belgian Tom Saintfiet for the vacant position.

And after winning the battle he has been given an 18-month contract.

His first match back in charge of the team will be a friendly against Iran in Tehran on 5 March.

And his major target is to lead Guinea to the 2015 Africa Cup of Nations in Morocco.

Guinea failed to make it to last year's Nations Cup in South Africa, nor did they qualify for this summer's World Cup in Brazil.