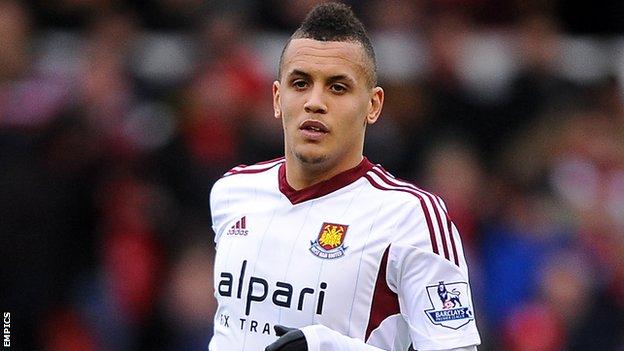 Championship side QPR have agreed the signing of West Ham midfielder Ravel Morrison on a 93-day loan deal.

The 21-year-old, who can be recalled by the Hammers after 28 days, will officially complete the move on Friday.

Should the loan run its course it means Morrison will be eligible to play for Rangers in the play-offs should they miss out on automatic promotion.

"I just want to help QPR get to the Premier League - that's my objective during my time here," he said.

"If we manage to do that, it would be great for everybody connected with the club."

The England Under-21 international, who joined the Hammers from Manchester United in January 2012, has missed out on first-team action recently after featuring regularly earlier in the campaign.

"All I want to do is play football," he added. "I just want to show everyone what I can do week in, week out.

"The aim here is to get the club promoted and I want to contribute in helping QPR to get there."