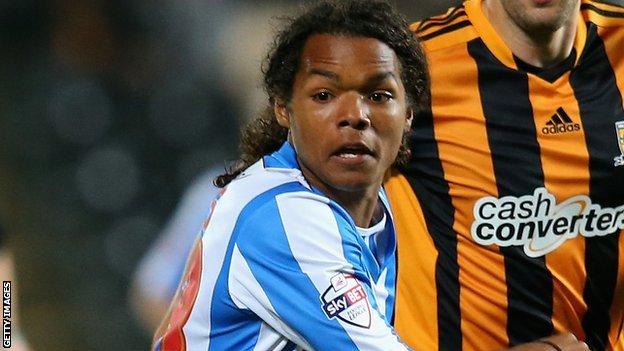 Holmes has joined the Glovers until 23 March, although he can be recalled after the first 28 days of the loan.

He came through the academy system at Huddersfield and made his first-team debut in the Capital One Cup defeat by Hull in September.

The 19-year-old has since made one start and 12 substitute appearances for the Terriers.

Huddersfield manager Mark Robins said: "I've been keen to keep Duane in and around our squad because he's made an impact this season.

"But in terms of taking the next step in his development, this move to gain further experience in the Championship is a very good one for him, and of course for us.

"I have spoken with [Yeovil manager] Gary Johnson and he assures me that he will be given a good opportunity and we are looking forward to him taking the chance to get time on the pitch."

Yeovil are bottom of the Championship, six points from safety, while Huddersfield are 13th.