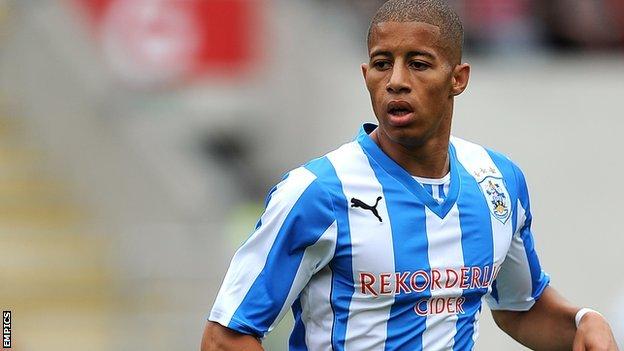 The 22-year-old joined the Terriers from League of Ireland side St Patrick's Athletic last April and has made seven appearances for the Championship side.

His last appearance for Mark Robins's team came in the Capital One Cup defeat against Hull in September.

He could make his debut for the Shakers in Saturday's match at AFC Wimbledon.