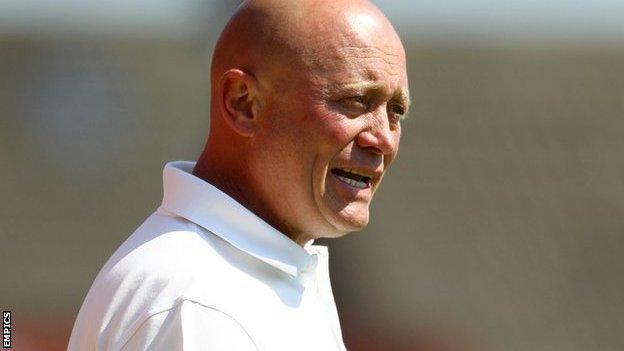 Alfreton Town have urged supporters to buy tickets early for upcoming games to avert a cashflow crisis caused by seven weeks without a home match.

The Reds are having a fine season and are lying third in the Conference Premier table.

But they have not played at home for seven weeks because of the poor weather and are struggling to pay their bills.

"Now is the time to really step up to the mark and help your club," said director John Glasby.

"This would mean a lot to the club as we would at least have some income to help pay the weekly wages."

The Reds last played a home game on New Year's Day, but are scheduled to play host to Gateshead on Saturday.